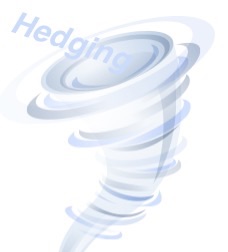 The point is, currently, hedging is excluded from clearing thresholds' calculations, and this fundamental building block is likely to be removed from the EMIR architecture.

The European Securities and Markets Authority (ESMA) intends to suggest to the European Commission a modification of the way in which the non-financial counterparties above the clearing thresholds (NFC+) are identified, to ensure that "the entities that qualify as NFC+ are in effect the ones that pose the most significant risks to the system".

More specifically, ESMA's Report on non-financial counterparties of 13 August 2015 recommends to move from the current two-step process (hedging/non hedging and clearing threshold) to a one-step process, where counterparty would qualify as NFC+ when its outstanding positions exceed certain thresholds per asset class, irrespective of the qualification of the trades as hedging or non-hedging.

It means positions in OTC derivatives would be assessed per asset class irrespective of their hedging or non-hedging nature (the levels of clearing thresholds would be revised accordingly - through the RTS amendment).

Efects? Current framework for NFC+ captures a very limited fraction of the total non-financial counterparties (NFCs) volumes (as measured by outstanding notional amounts): 10% for Commodities, 5% for FX and 2% for Interest rate.

Those numbers would grow to 91%, 42% and 44% under the hypothetical one-step framework (the ESMA's estimates).

Particularly, in the Commodities asset class the increase of the volume of cleared transactions appears significant - from 10 to 91%!

Supporting its proposition ESMA refers to the following motives:

- the outcome of the current system for identification of NFCs, which results in large groups of NFC being below the clearing thresholds (NFC-) because of a systematic classification of their trades as hedging, even when their aggregate positions is well above that of certain financial counterparties (FCs) and NFC+.

- the practical challenges faced by competent authorities in assessing the compliance of the trade classification as hedging or non-hedging.

Indeed, departing from mandatory classification of all trades as hedging or non-hedging for EMIR clearing thresholds' purposes would greatly simplify the process and lower the burden and compliance costs incurred by most NFCs, but is this really realistic to have 91% of OTC derivatives in the Commodities asset class cleared?