Market participants are sometimes split over the question whether the calculations of the MiFID II ancillary activity exemption should be computed at the level of the group or at the person level.

There are some who underline the fact that the MiFID II licensing regime applies at person level, hence, the exemption applies to persons.

The ambiguity is also sometimes raised whether the group level approach is correct.

Among the harsh consequences of the group-level calculations of the exemption is the one that all entities within the group would be required to obtain a MiFID license where a threshold is exceeded. 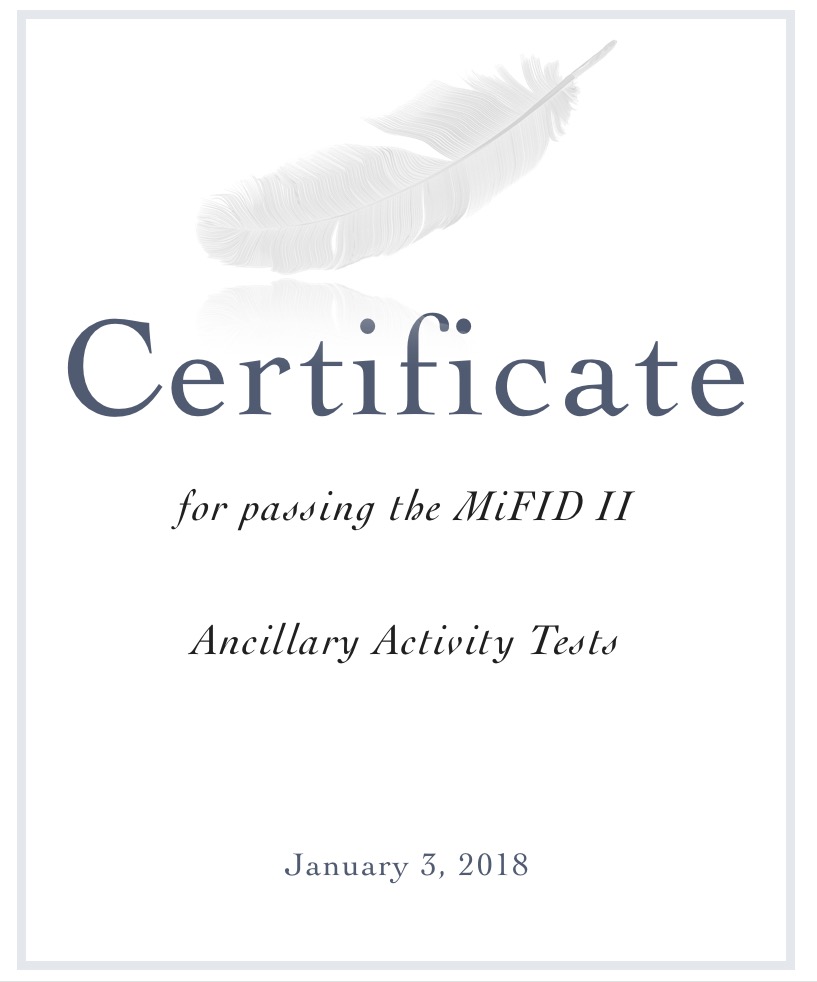 This is sometimes questioned as not reasonable.

There is no good news for supporters of the said stance.

The first thing is, however, to make some fundamental distinctions when establishing the level of MiFID II application:

- the authorisation regime: a MiFID licence applies to a person and not to a group, also a person, primarily, benefits from a potential exemption;

- the entirely different issue are the requirements for the exemption from the authorisation regime - these refer to the group.

All previous disputes in that regard have been ultimately resolved by recent Commission Delegated Regulation of 1 December 2016, which unambiguously stressed that the assessment whether persons are dealing on own account or are providing investment services in commodity derivatives, emission allowances and derivatives thereof in the European Union as an activity ancillary to their main business should be performed at a group level.

Therefore, all entities within a group which cannot be considered as a non-financial group are required, in principle, to obtain authorisation as an investment firm under MiFID II if they wish to trade commodity derivatives.

Another solution is, for example, to set up a MiFID licensed entity within a group and to concentrate regulated part of the business therein.

An important ambiguity which remains is whether the test is to be performed at the group level only, or at both: at a group and at a person level.

The latter stance was presented by ESMA in analyses preceding the said Commission Delegated Regulation of 1 December 2016, in particular, ESMA was arguing that the persons who can apply for an exemption, i.e., persons dealing on own account or providing investment services, need to make sure that the activity is ancillary to their main business, either on their own personal basis, or regarding the group they belong to.

There is, however, a room for interpretation whether the above ESMA's opinion remind valid in the light of the clear statement in the Recital 1 of the said Commission Delegated Regulation - which doesn't say a word about performing calculation at a person level.

The straightforward consequence of the principle that the MiFID licence applies to a person and not to a group, and that a person, and not a group - benefits from a potential exemption, is that the annual notification to the national competent authority (NCA), being the condition for using the MiFID II ancillary activity exemption, must be submitted - separately - by all legal persons who are part of a group and not by the group itself.

In other words - any person that is party to a commodity derivative will need to notify its relevant NCA and it is not possible for a group to apply for an exemption on behalf of all the entities that the group contains.

Definition of the 'group'

For the calculations for the purposes of the MiFID II ancillary activity exemption the 'group' should be understood as in Article 2(11) of Directive 2013/34/EU on the annual financial statements, consolidated financial statements and related reports of certain types of undertakings (Accounting Directive).

Simply put, the "group" exists in every case where a dominant influence is exercised by one company over another.

Article 4(32) and (33) of MiFID II refers, moreover, to Article 22 of the Accounting Directive, where elements of control are listed.

The non-EU entities of a group are also covered by the 'group' in the MiFID II meaning regardless of whether the group is headquartered inside or outside the EU.

This may involve considerable burden for firms to obtain global data under differing regulatory requirements, but the aforementioned Commission Delegated Regulation unambiguously stipulates that a group comprises the parent undertaking and all its subsidiary undertakings and includes entities domiciled in the European Union and in third countries - regardless of whether the group is headquartered inside or outside the Union.