The allocation to the installation is adjusted accordingly as of the year following the one during which the capacity reduction took place.

However, after the initial allocation for the period 2013-2020 the capacity of the installation may be reduced for different reasons. 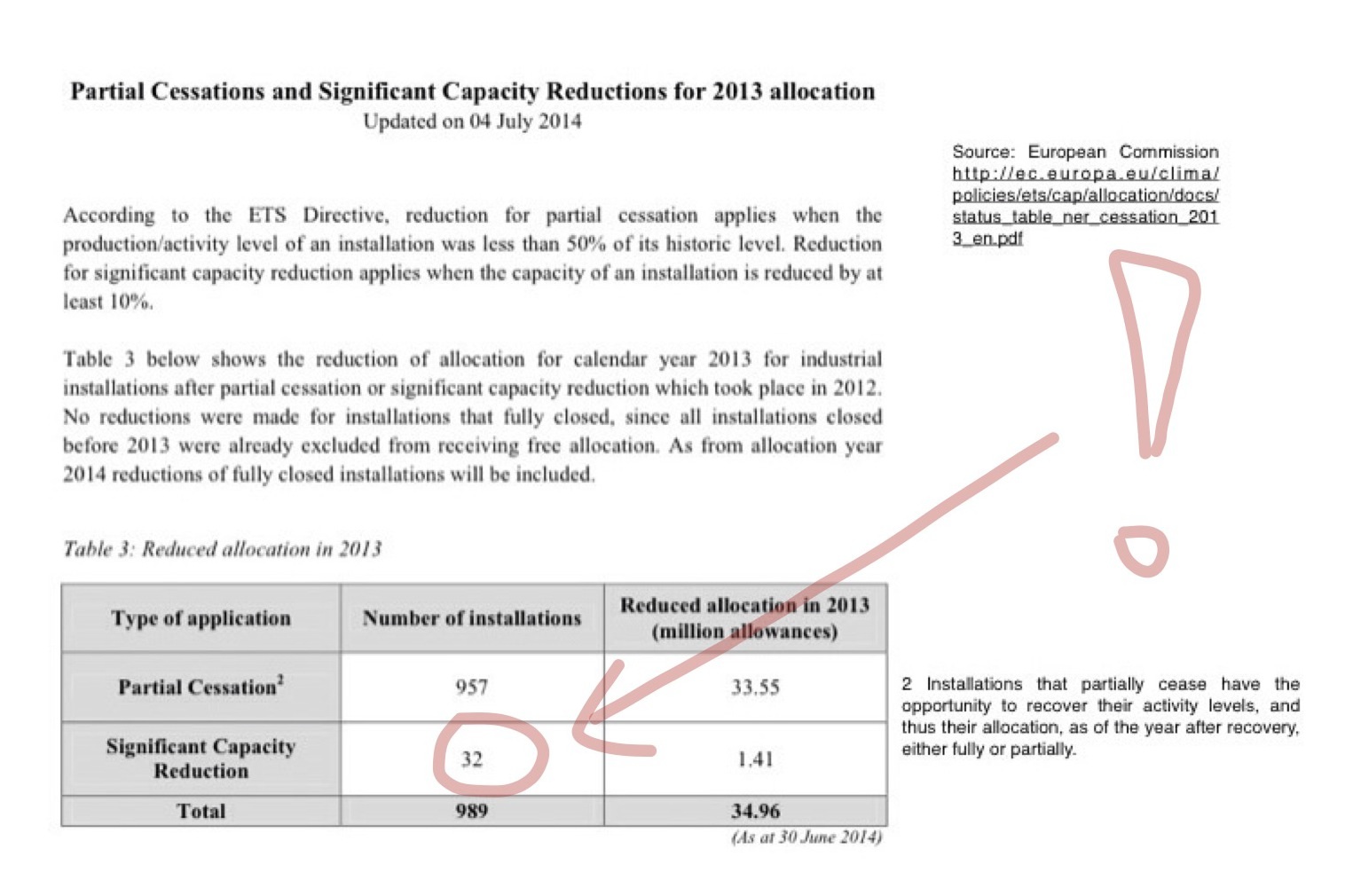 Significant changes between 1 January 2005 and 30 June 2011 impact the historical activity level. Given that changes after 30 June 2011 are subject to new entrant/closure regulations, adjustments in allocation for significant capacity reductions according to new entrant/closure rules can only be made if the changed operations start after 30 June 2011 (for exceptions see Guidance Document n°7 on the harmonized free allocation methodology for the EU-ETS post 2012 Guidance on New Entrants and Closures Final version issued on 14 September 2011).

Article 21 of the Benchmarking Decision

For the correction of the allocation only capacity reduction which is “significant” in the meaning of Article 3(j) of the Benchmarking Decision (Commission Decision of 27 April 2011 determining transitional Union-wide rules for harmonised free allocation of emission allowances pursuant to Article 10a of Directive 2003/87/EC of the European Parliament and of the Council (referred to in the attachment as 'CIMs')) is relevant.

In short, a sub-installation has a significant reduction in capacity as defined by the above Decision if:

Guidance Document n°7 on the harmonized free allocation methodology for the EU-ETS post 2012 Guidance on New Entrants and Closures Final version issued on 14 September 2011 indicates that heat benchmark sub-installations can have a significant reduction in capacity if:

- after one or more physical changes at the heat producing facilities, the reduced export of heat to non-ETS heat consumers allows the heat benchmark subinstallation concerned to match one of the two above mentioned quantitative criteria or

- after one or more physical changes at the heat consuming facilities, the reduced consumption of heat allows the heat benchmark sub-installation concerned to match one of the two above mentioned quantitative criteria.

Common feature of both cases above is the fact that a 'physical change' is made to the installation.

The diagram for the procedure for adjustment of allocation in case of significant capacity reductions is set out below (extract from the above-mentioned Guidance Document, p. 34): 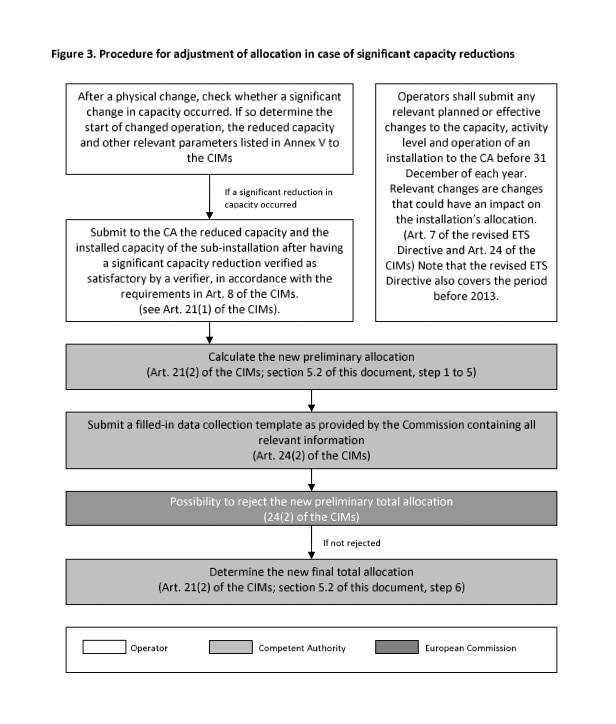 The above-mentioned Guidance Document also clarifies that physical changes exclusively aiming at improving the energy efficiency of a subinstallation or at improving or installing an end of pipe abatement technology to reduce process emissions should not be regarded as physical change leading to a significant capacity reduction.

Nevertheless, the operator needs to report such physical changes to the competent authority and, where appropriate, provide detailed evidence.