Those, who have expected recent ESMA draft Guidelines on the application of C6 and C7 of Annex I of MiFID bring some discoveries to their day-to-day trading practice must feel somewhat disappointed.

The Consultation paper Guidelines on the application of C6 and C7 of Annex I of MiFID of 29 September 2014 (ESMA/2014/1189) begins with the interpretation that the commodity derivative contract in order to be considered financial instrument must meet (other conditions prescribed in Article 38(2) and (4) of Regulation 1287/2006/EC notwithstanding) one of the three criteria under Article 38(1)(a) and also the separate criteria under Article 38(1)(b) and 38(1)(c) of 1287/2006/EC. This seems rather obvious since supported by the express wording of these provisions. 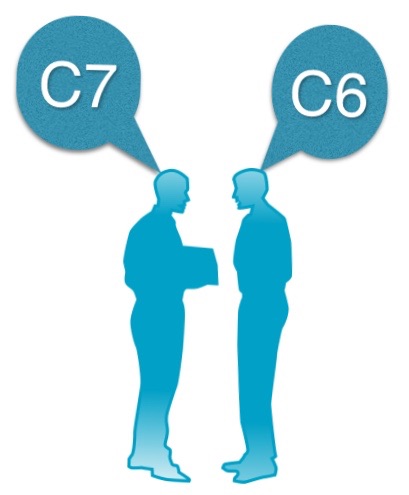 The above document conveys also the thought that reference in the C6 and C7 of Annex I of MiFID to the term 'physically settled' incorporates a broad range of delivery methods and includes:

i. physical delivery of the relevant goods themselves;

ii. delivery of a document giving rights of an ownership nature to the relevant goods or the relevant quantity of the goods concerned (such as a bill of lading or a warehouse warrant); or

Why it is a stupid idea to object to such a conception? Since it is rooted in very basics of civil law and you musn't question the law fundamentals.

Another thing is, ESMA is of the view forwards are included within the definition of Section C6 of Annex I to the MiFID.

"Options, futures, swaps and any other derivative contract relating to commodities that can be physically settled provided that they are traded on a regulated market and/or an MTF"

"Options, futures, swaps, forwards and any other derivative contract relating to commodities that can be physically settled not otherwise mentioned in C.6 and not being for commercial purposes, which have the characteristics of other derivative financial instruments, having regard to whether, inter alia, they are cleared and settled through recognised clearing houses or are subject to regular margin calls"

It follows C7 explicitly applies to "futures" and "forwards" whereas C6 omits reference to forwards, hence there were divergent views with regard to whether forwards that can be physically settled and are traded on a regulated market or an MTF fall within MiFID‟s scope.

Given that C6 explicitly mentions not only "options, futures, swaps" but also "any other derivative contract relating to commodities that can be physically settled", forwards couldn't be credibly excluded from this scope (it is useful to mention that REMIT carve-out and OTF excluding, the wording of C6 and C7 is aligned across MiFID I and MiFID II, thus it is quite probable this interpretation will preserve its freshness beyond 2016).

So, if everything is obvious are there any ambiguities when it comes to the MiFID financial instrument's definition?

Yeah, I would ask a question relating to Article 38(1)(b) of the Regulation (EC) No 1287/2006 which includes the following characteristics of other derivative financial instruments: "it is cleared by a clearing house or other entity carrying out the same functions as a central counterparty, or there are arrangements for the payment or provision of margin in relation to the contract".

I'm not entirely sure whether the word "margin" used in this provision can be understood in the broader context and include also any collateral transferred between the counterparties or it is necessary to restrict the interpretation of this term to initial margin and variation margin meant for instance by the Consultation Paper of 14 April 2014 "Draft regulatory technical standards on risk-mitigation techniques for OTC-derivative contracts not cleared by a CCP under Article 11(15) of Regulation (EU) No 648/2012" (JC/CP/2014/03).

Somebody may say this is also obvious, but firstly I would like to ask: which of the two versions is obvious - the former or the latter?