Hedging is the practice of offsetting an entity's exposure by taking out another opposite position, in order to minimise an unwanted risk. This can also be done by offsetting positions in different instruments and markets (Commission Staff Working Document  of 18 May 2016, SWD(2016) 157 final, p. 61).

It is "an obvious necessity that firms are able to manage adequately the risks of trading in the wholesale energy markets as well as their exposure to other risks of the business," says the Council of European Energy Regulators (CEER) in its Response to European Commission Consultation on EMIR (13 August 2015).

Hedging through long-term bilateral contracts (such as multi-year Power Purchase Agreements - PPAs) is a commonly-used option to secure long-term financing for investors in some markets. 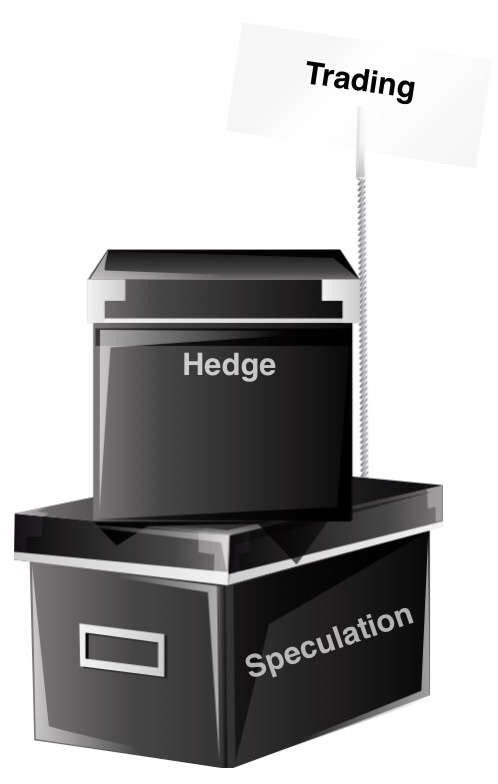 Efficient hedging is highly dependent on sufficient liquidity of the given market as well as available collateral (of high-quality as regards central counterparties (CCPs)).

In this context it is useful to note difficulties faced by market participants when hedging in the electricity market in 2021 when the total amount of collateral requirements at least doubled (with some seeing the total amount of collaterals growing more than four-fold) between 21 August 2021 and 21 December 2021 (ACER’s Report of April 2022 “Final Assessment of the EU Wholesale Electricity Market Design”).

An example of Uniper, a large German utility, was also referred to, which reportedly at the beginning of January 2022 had to secure liquidity backing in the order of 10 billion EUR in order to cover the collaterals for its trading in electricity and gas (Uniper finally had to obtain loans from its parent company Fortum and the German KfW IPEX-Bank).

The intrinsic linkage of the definition of hedging to the calculations of:

- the clearing threshold under EMIR;

is also to be accounted for - as hedge transactions can be discounted from all aforementioned positions.

The problem of the proper delineation of the scope of transactions classified as hedging has been noticed and accentuated by the European energy market regulators, as in the aforementioned document of 13 August 2015 the authorities argue, the definition of hedging in the relevant EMIR secondary legislation (and further developed in the ESMA Q&As) "would suggest a broad interpretation is possible", however, "it is important that the European Commission ensures a consistent approach guaranteeing that hedging prevails across all EU markets, and that subjective readings of the ESMA Q&A do not prevail."

Also the European Securities and Markets Authority (ESMA) in its Report on non-financial counterparties of 13 August 2015 acknowledges that "the hedging definition provides for certain margin of discretion and interpretation, thus leading to an inconsistent application and the compliance with the hedging definition is a very complex matter to supervise, considering also the calculation of the threshold at group level."

The scale of sistemic risk of the above interpretational differences is magnified by the fact that under the current regulatory framework even the smallest entities are required to classify all their transactions as hedging or non-hedging.

Back to the point - hedging definition then.

The commonly known definitions of hedging emphasise it is the practice of offsetting an entity's exposure by taking out another opposite position, in order to minimise an unwanted risk. This can also be done by offsetting positions in different instruments and markets.

While investigating regulatory definitions of the term "hedging" several existing pieces of international and EU legislation can be identified.

In the first place it is useful to observe, the scope of hedging arrangements as defined in the CESR's guidelines on Risk Measurement and the Calculation of Global Exposure and Counterparty Risk for UCITS (10-788) is narrower than the one sometimes described as hedging strategies.

Box 5.3 Hedging arrangements are defined as:

1. Hedging arrangements may only be taken into account when calculating global exposure if they offset the risks linked to some assets and, in particular, if they comply with all the criteria below:
(a) investment strategies that aim to generate a return should not be considered as hedging arrangements;
(b) there should be a verifiable reduction of risk at the UCITS level.
(c) the risks linked to financial derivative instruments, i.e., general and specific if any, should be offset;
(d) they should relate to the same asset class; and
(e) they should be efficient in stressed market conditions.

2. Notwithstanding the above criteria, financial derivative instruments used for currency hedging purposes (i.e. that do not add any incremental exposure, leverage and/or other market risks) may be netted when calculating the UCITS global exposure.

3. For the avoidance of doubt, no market neutral or long/short investment strategies will comply with all the criteria laid down above.

Another key point is Article 10 of the Commission Delegated Regulation No 149/2013 of 19 December 2012 supplementing Regulation (EU) No 648/2012 of the European Parliament and of the Council with regard to regulatory technical standards on indirect clearing arrangements, the clearing obligation, the public register, access to a trading venue, non-financial counterparties, and risk mitigation techniques for OTC derivatives contracts not cleared by a CCP.

This provision is based on Article 10(4)(a) of the Regulation (EU) No 648/2012 on OTC derivatives, central counterparties and trade repositories (EMIR) and serves as a metric to delineate hedging and speculative portfolios for purposes of EMIR as well as other multiple pieces of legislation that refer to hedging definition based on EMIR (for example MiFID II ancillary activity exemption or MiFID II position limits).

1. An OTC derivative contract shall be objectively measurable as reducing risks directly relating to the commercial activity or treasury financing activity of the non- financial counterparty or of that group, when, by itself or in combination with other derivative contracts, directly or through closely correlated instruments, it meets one of the following criteria:

(a) it covers the risks arising from the potential change in the value of assets, services, inputs, products, commodities or liabilities that the non-financial counterparty or its group owns, produces, manufactures, processes, provides, purchases, merchandises, leases, sells or incurs or reasonably anticipates owning, producing, manufacturing, processing, providing, purchasing, merchandising, leasing, selling or incurring in the normal course of its business;

(b) it covers the risks arising from the potential indirect impact on the value of assets, services, inputs, products, commodities or liabilities referred to in point (a), resulting from fluctuation of interest rates, inflation rates, foreign exchange rates or credit risk;

(c) it qualifies as a hedging contract pursuant to International Financial Reporting Standards (IFRS) adopted in accordance with Article 3 of Regulation (EC) No 1606/2002 of the European Parliament and of the Council.

As regards International Financial Reporting Standard (IFRS) 9 Financial instruments, the definition of hedging instruments and hedged items can be found in paragraphs 6.1.1 to 6.3.7 of the IFRS Standard published in July 2014.

Analogous  data is to be reported under MiFID II pursuant to Commission Delegated Regulation (EU) of 28.7.2016 supplementing Regulation (EU) No 600/2014 of the European Parliament and of the Council with regard to regulatory technical standards for the reporting of transactions to competent authorities.

Under MiFID II Field 64 of the Table 2 in the Annex to the Regulation (Commodity derivative indicator) should be populated with the following content:

Allowable values are 'true’ - yes and ‘false’- no.

It is, moreover, noteworthy, under the Market Abuse Regulation transactions done for hedging purposes are not exempted from the market manipulation regime: in fact, transactions done with legitimate objectives can be executed in an improper way (Final Report ESMA's technical advice on possible delegated acts concerning the Market Abuse Regulation of 3 February 2015 (ESMA/2015/224), p. 81).