Calculation methodology for position limits will be established in the MiFID II regulatory technical standards adopted by the European Commission.

The methodology at issue will be used by the EU Member States' competent financial authorities in establishing the spot month position limits and other months' position limits for physically settled and cash settled commodity derivatives based on the characteristics of the relevant derivative. 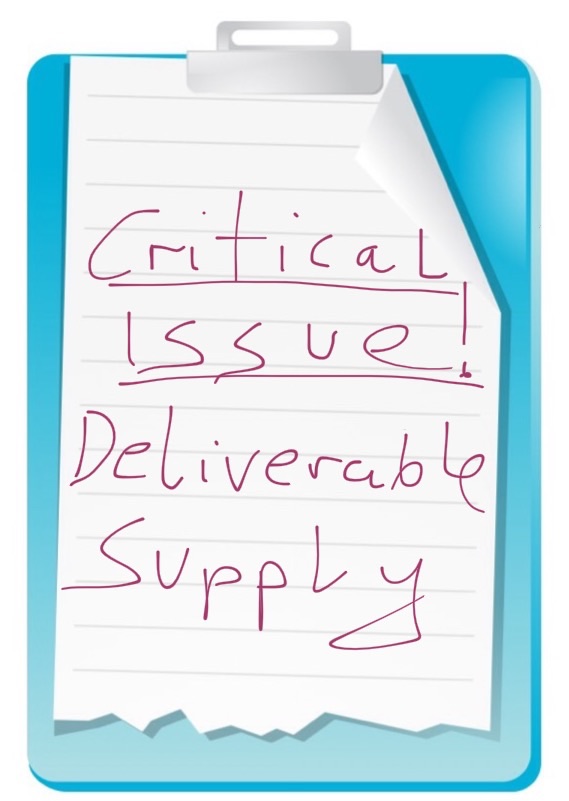 Verena Ross, Executive Director at the European Securities and Markets Authority (ESMA), in its Keynote speech at IDX 2015, London, 09 June 2015 ESMA/2015/921 named, informally, the ESMA's conception to the positions limit methodology, "the snake in the tunnel approach": the methodology needs to allow enough flexibility or wriggle room for the competent authorities to set limits on a vast array of contacts but within constraints – the tunnel – so that the competent authorities do apply limits in a consistent way and reach similar levels for similar contracts.

Pursuant to MiFID II European Securities and Markets Authority is required to develop the relevant draft by 3 July 2015.

In essence, the methodology for calculation position limits under MiFID II will take into account at least the following factors:

Ŷ(a) the maturity of the commodity derivative contracts;

(b) the deliverable supply in the underlying commodity;

(d) the volatility of the relevant markets, including substitute derivatives and the underlying commodity markets;

(e) the number and size of the market participants;

(f) the characteristics of the underlying commodity market, including patterns of production, consumption and trans­portation to market;

(g) the development of new contracts.

Fundamentally, the methodology drafting process will have to take into account the "experience regarding the position limits of investment firms or market operators operating a trading venue and of other jurisdictions".

2. As an example, this baseline may be expressed by the competent authority in terms of either a percentage (e.g. being 25% of an initial reference value), an absolute value (e.g. 10m tonnes; 500,000 kWh; etc.) or a number of lots as traded on the trading venue (e.g. 5,000 lots of a contract or its equivalents). The competent authority is responsible for selecting the measurement type that is most appropriate for the contract. This may reflect the vocabulary of existing exchange position limits regimes.

The baseline figure, which could be different for each asset class, will then be adjusted according to the following methodology, referring to the factors listed in Article 57(3)(a) to (g) MiFID II:

(4) The competent authority, or central competent authority as specified in Article x, shall assess the potential impact of each of the factors specified under Articles 2 to 8 on the trading of the commodity derivative when determining the exact size of the position limits for the spot month and for other months.

(6) The position limits shall be specified in lots with the definition of lot being the unit of quantity used by the trading venue on which the commodity derivative contract trades.

- maturity – the longer to maturity, the higher the limit may be as this gives market participants time to adjust to ensure an orderly meeting of their settlement obligations;

- deliverable supply – the larger the supply, the higher the limit due to a simple scaling of the limit to the size of the market;

- volatility – the more volatile the market, the lower the limit that will be applied, in order to encourage orderly pricing and avoid wide swings;

- number and size of participants – the more participants, the lower the limit will be set, in order to discourage market abuse by preventing the use of dominant power over other parties;

- characteristics of underlying market – the more inflexible the market, the lower the limit will be set in order to discourage market abuse by squeezes on supply;

- new contracts – when a contract is new, the higher the limit in order to prevent the participation of limited numbers of persons being seen as dominant in the "nurturing" stages of a new product launch.

In order to support orderly pricing and settlement conditions, ESMA believes that the overall amount of the adjustment permitted should not exceed 15% from the baseline figure, or an equivalent amount expressed in lots or other units, i.e. the position limit = 25% +/- 15% (depending on the factors set out above).

This approach would therefore set a central baseline figures with a put cap and collar, to enable a position limit for a particular contract or asset class to be calculated on a basis that reflects the specific characteristics of that market, but is narrow enough to establish an appropriate level of conformity across the market.

ESMA acknowledges that such a structure would necessarily be based at least in part on qualitative assessments of the individual factors rather than the prescriptive use of specific numbers in a wholly formulaic manner. Competent authorities would propose such baselines and adjustments for ESMA to consider as per Article 57(5) MiFID II which would ensure a harmonised approach within the EU.

Finally, in the Consulation Paper of 19 December 2014 ESMA proposed the following framework with respect to position limits methodology under MiFID II:

- although the position limit will be determined as a percentage of deliverable supply, the limit itself will be specified for market participants in lots, with lots meaning the unit of quantity used by the trading venue on which the commodity derivative contract trades.

ESMA will publish and maintain a list of position limits and position management controls in place in the EU on its website, as required under Article 57(10) MiFID II.

Industry's comments on the interpretation of the "deliverable supply" are cited in the box. In addition, the issue of contracts where there is no "deliverable supply" for the relevant underlying has been raised. ISDA explained, the definition of "commodity derivatives" includes contracts which relate to underlyings referred to in Section C(10) Annex 1 MiFID2. ESMA's technical advice to the Commission (page 422) indicates that those underlyings will include factors which are not deliverable e.g. environmental variables such as weather factors and indices and other measures of prices or values.

Another ambiguous theme when it comes to the "deliverable supply' calculations relates to commodity derivatives in the form of listed warrants or similar instruments. ISDA referred to the definition of "commodity derivatives", which includes transferable securities covered by Article 4(1)(44)(c) MiFID2, such as cash-settled warrants relating to commodities or underlyings covered by section C(10). It is not clear how ESMA envisages that the methodology for setting position limits will be adapted in cases where the commodity derivative takes the form of a warrant listed or traded on a securities trading venue.

Industry's comments on the interpretation of the "deliverable supply"

Furthermore, in our view, limits should be established for the (i) spot month based on deliverable supply and (ii) other months (i.e. aggregate limit) based on an estimate of open interest, subject to a de minimis threshold. ...

In the event that deliverable supply means the quantity of the underlying physical commodity then we propose that deliverable supply should only be used to establish the spot month limit and that other months limits should be established based on open interest, which we believe to be a more suitable metric. Also given the broad scope of commodity derivatives for which position limits will need to established, it is critical that open interest is defined as overall outstanding trading interest in the commodity derivative instead of the traditional exchange based definition of open interest. Article 4 appears to capture the concept that open interest should reflect overall outstanding trading interest in other financial instruments (e.g. OTC contracts) however we need to ensure that "other financial instruments with the same underlying commodity markets" includes underlyers which are correlated to the exchange traded contracts e.g. crude oil and refined petroleum products; and

ii. publish estimates of deliverable supply for (at minimum) the key commodity benchmarks. Without estimates of deliverable supply, the industry will be unable to determine with any certainty if the baseline figure is overly restrictive / appropriate. It is clear for some commodities it will be very challenging to source data to determine deliverable supply. For example, physically settled gold (some of which may be in scope of the regime e.g. physically settled forwards and options traded on-venue) is predominantly traded OTC (i.e. there is no exchange traded contract and only a small portion of OTC is cleared on exchange). Therefore deliverable supply estimates on which limits are to be based will need to be sourced from OTC data which is not publicly available. Another example is refined petroleum products which can be sourced anywhere in the world which may make it very difficult to obtain access to the relevant data in order to achieve a credible estimate of deliverable. Also if a broader definition of deliverable supply applies, the overall outstanding market interest derived from OTC swaps etc. may be difficult to source; and

iii. provide clarity as to how the adjustment mechanism will work in relation to the factors proposed, in particular, deliverable supply and open interest. For example paragraph 28 of the Consultation Paper provides that the greater the volume of open interest the greater the position limit. However, if the baseline figure is low due to no available deliverable supply data, the regulator is only able to increase the limit by a maximum of 15%. Accordingly it is critical that ESMA identify the markets for which it would be difficult to obtain deliverable supply and to provide for further flexibility in the event open interest is the only reliable / available metric."

- How ESMA/ National regulators will measure the deliverable supply, including production and storage is very unclear, and notably how they can access data from physical facilities not subject to financial supervision (e.g. oil refineries). Whereas it seems workable for some commodities (e.g. metals), it is raising significant challenge for other commodities in particular when markets are global (e.g. oil, agriculture)

- What period will be considered as relevant for the measure of deliverable supply compared to the maturity of other months contracts is also unclear as well as how ESMA/ national regulators will distinguish between storable/ no storable commodities, seasonal/ non seasonal commodities.

- What geographical spectrum is to be considered for the measure of the deliverable supply, i.e. European – Global, is also unclear. Whereas some market remain mostly national (e.g. natural gas and power), some others are global by nature (oil, agriculture).