Establishing positions for the purposes of MiFID II position limits will be challenging task for groups, particularly, with significant overseas exposures.

Smart software will be needed to net positions in real time in the complicated regulatory environment. 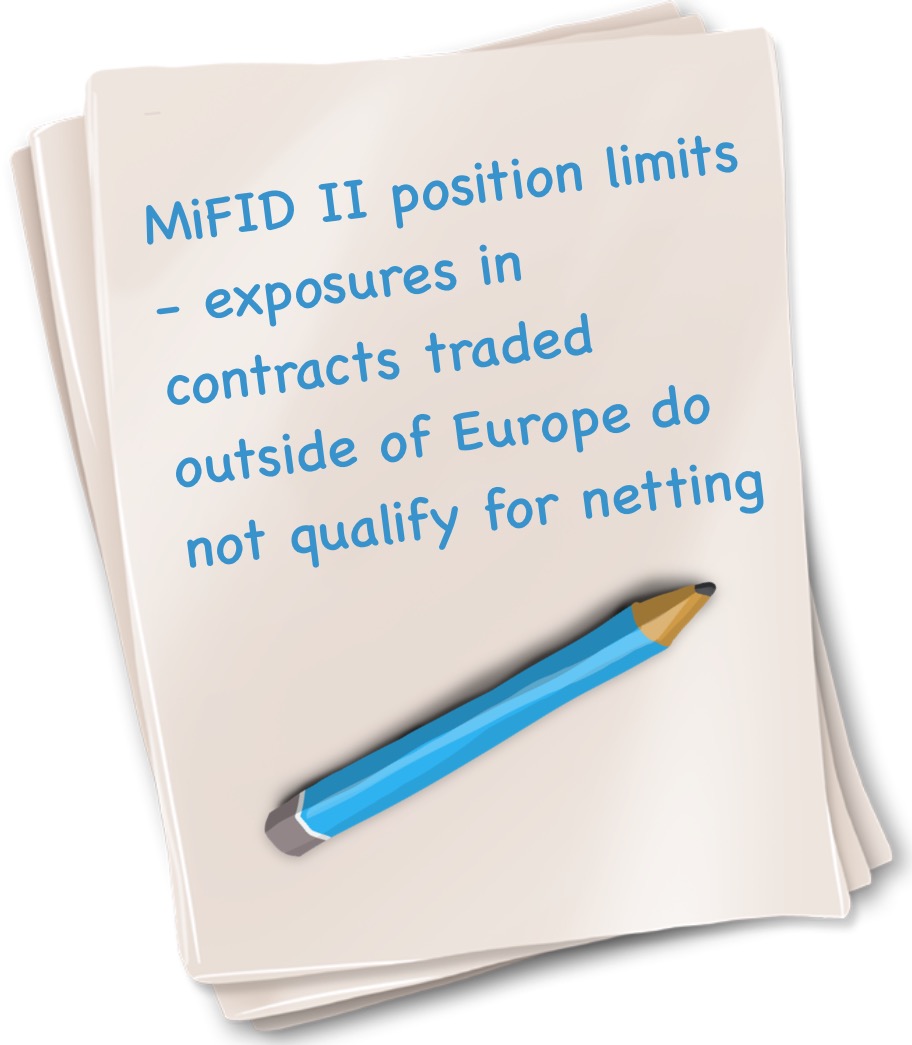 According to the rules, parent undertaking will have to determine its net position by aggregating:

(a) its own net position;

(b) the net positions of each of its subsidiary undertakings.

MiFID II created in this respect a dual system, enforcing position limits at both an entity level and at a group level

The sufficient determinant for the aggregation at the group level is if the parent undertaking can control the use of positions of its subsidiary.

The rules will work this way that parent undertakings will aggregate positions held by their subsidiaries with any positions that the parent entity holds directly, in addition to the subsidiaries aggregating their own positions.

Such aggregation can lead to positions calculated at the level of the parent undertaking which are larger or, due to a netting of long and short positions held by different subsidiaries, lower than at individual subsidiary level.

The rule that may cause real headache for compliance departments is that exposures in contracts traded outside of Europe do not qualify for netting.

It is clear that the whole picture could be severely distorted this way, and that the groups' overall outlook of exposures can emerge from this specific netting quite different than it used to.

Inevitably, firms engaged much in an extra-EU trading are in a much more disadvantageous position than their domestic peers, as they approach the position limit sooner.

Such mechanics can be assessed as not entirely supportive of the EU industrial goals, however, the rules are quite clear in that regard.

Another rule that may help, but to a certain extent only, is that the non-financial entity from outside the European Union may apply for the hedging exemption in the same manner as an EU firm would.

This may, however, apply to non-financial groups only, since, as the EU financial regulator has explained, if the group cannot be considered as a non-financial group, all entities within such group are required to obtain authorisation as an investment firm under MiFID II if they wish to trade commodity derivatives.